A new adventure (and primal resolution)

It’s been a while since I posted. Long enough that is is already the new year! Yay! My resolution this year is just to drink enough water. I don’t know why but that’s become one of the most challenging habits for me to develop. And it’s not like I drink lots of other beverages (save for like a mug or two of herbal tea). I just really don’t drink enough, period. So here’s to the new year and being hydrated!

But harken! There be death ahead

Other than that, the new year is starting strong. My death doula course starts in two weeks, which I am amped about, though I still have the two co-requisite books to read. I’ve started Die Wise by Stephen Jenkinson and so far it’s got me thinking. Aggressively so. It’s not meant to be a comfortable book, and it lives up to that description. I’ve also taken to writing some of my thoughts from the readings in my “death” notebook to help keep my ideas clear as I progress in the studies. And I am hoping to get involved with the Green Burial Council too, which has me endlessly excited. One of my nearest and dearest jokes that she could see me being the most bubbly of grave keepers, planting fields of wild flowers over a green cemetery, and I’m over here being like “can that be my life?”

In other news, I’ve also started getting back into poetry, which feels great. I used to write little poems just as a way of expression way back in the day, but trailed off in high school as the looming “future” impended over me. I recently realized wouldn’t it be a better idea to express myself in some artistic word form, rather than obsessively writing to-do and future plan lists? So I’ve committed to renewing my old hobby, and have goals to try to get one poem published somewhere in 2020. I’m not picky where.

To continue on the long road ahead

I’ve begun jumping back into a more movement based life, which feels amazing. The hubs and I have started going for an hour walk each night while my mom watches the little one, and I have been playing around with some of my movement toys like my wobble board (to reinvigorate my yoga practice), and a 15lb bar to do some modified squats to work out some of the stiffness I’ve developed over the last 2 years. I’ve been able to get hot and sweaty and wasn’t itchy too, which was mind-blowing because that hasn’t happening in years!!! I don’t want to jump the gun, but maybe I am finally seeing a light at the end of the tunnel with topical steroid withdrawal? In general, just getting outside again and breathing in fresh air in a place I feel spiritually safe (childhood home town) is so invigorating. I find myself daydreaming and “filled with determination” about the future (anyone get that reference)?

Facing my lifetime foe, the skin of woe

On the flip side, I still cannot figure out my skin. It was doing pretty well over vacation when we were in South Carolina and drinking/washing in well water. My suspicion is that I am more sensitive to the chemicals put in our water treatment back in Maryland, but honesty, save for moving to a home with well water, I’m not sure what else I could do to test that theory that didn’t involve me purchasing buckets of purified water for every shower. Maybe I’ll just wait for rainy days and bathe then, ha. Oh wait… isn’t the rain full of microplastics nowadays? I’ll just forgo showering at all haha. All joking aside, my skin is still doing so much better than it was this time last year. My fingers are becoming less swollen (I’m starting to wear rings again), and generally I feel a lot more human. I still get mildly panicked when my skin started to be more “porous” and like the cold gets to me or I feel more sensitive physically (which then transfers to emotionally as well), but overall I am consoled by the trajectory of progress.

A side quest appears

I really, really want to work on a second language this year. My biggest distraction is my own mind, as usual and my inability to commit to one language at a time. I think I really want German though. I waver a lot because Spanish seems more useful broadly speaking, and French is what I was schooled in and have studied the most. But German has a lot going for it:

So in short, I think this year my side resolution is to really commit to ONE language, and that one and only being German. Just for 2020 then I can go be flaky again (or remake the resolution again next year!). 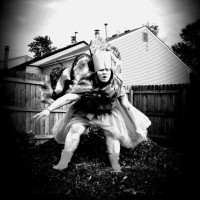 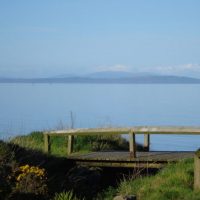 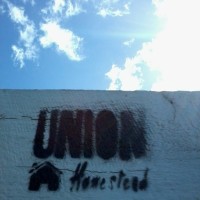